A REDDISH EXPLOSION OF FLOWERS COVERS THE CALDERA AROUND MT.TEIDE! 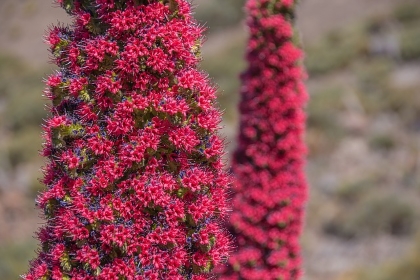 An impressive spectacle of nature that changes the landscape radically!

When Mt. Teide wakes up surrounded by Red Tajinastes we know here in Tenerife that spring has sprung. Each year half of May till the beginning of June is when these red Tajinastes bloom. This amazing plant is endemic to the Canary Islands and there are different species in beautiful colors like red, blue/purple, and white. Here in Tenerife, we can enjoy the Red Tajinaste, the color creates such a contrast in the volcanic landscape near Mt Teide. It’s a sight that will leave you in awe.

The “fingers of blood” coming straight out of the lava pointing at the sky, covered in thousands of little red flowers and sometimes growing to incredible heights, up to 3 meters. The so-called “pride of Tenerife” is quite a survivor, it doesn’t care about wind, a hot sunny day, drought, or a cold night. However there is also a little tragedy in this story. They only live for 2 years, the first year they grow, and the second year they bloom and immediately afterwards they die. Before they die, the seeds are spread by the wind over a short distance. 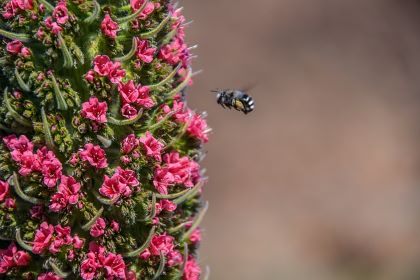 A taste of the Tajinaste

Both visitors and local people are eager to drive up to Mt Teide and see this peculiar plant and they are not the only ones, it is one of the favorite plants of the bees. The nectar is incredibly sweet and the bees produce a very exceptional kind of honey, which is very aromatic, almost transparent, and worth tasting.

What´s in a name?

The Echium Wildpretii, the scientific name of the Red Tajinaste, was named after the Swiss horticulturist Hermann Wildpret. He was a very important driving force behind this plant, because it was on the verge of extinction many years ago. The Canary Island Government had to ban grazing to save this species and with succes, they made a full recovery! Tajinaste derives from the word “Tainast”, which means needle, spire, or tower.

The Tajinastes grow along the roads near Mt. Teide, or if you want to see them from real close (don´t interrupt the bees) for example behind the Restaurant Papillon on the north side of the National Park, and on many hiking trails around Mt. Teide. So when you are visiting the island this time of year, don’t miss out on an exciting wonder of nature! 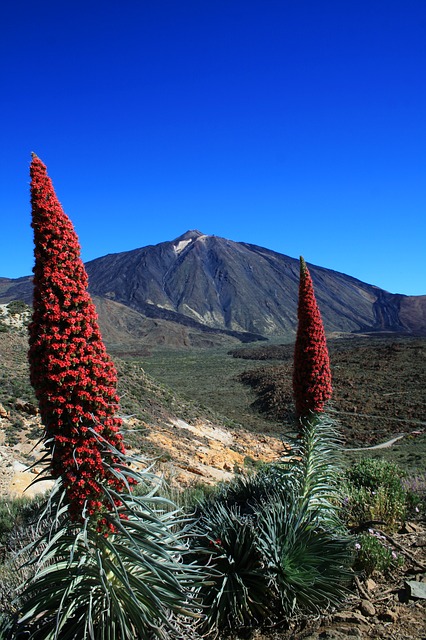